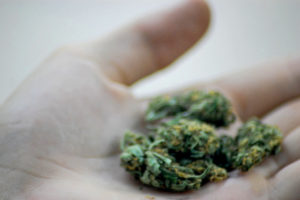 An attorney may be able to work out a deal to avoid a conviction and maintain your eligibility for expungement of the marijuana charge.  If that’s not possible, we are prepared to take your marijuana case to trial.  Each marijuana trial involves at least these three questions:

Can Police Prove that the Marijuana Was in Your Possession?

Many Possession of Marijuana cases are difficult for the government to prove because the police often find marijuana in cars, backpacks, or other containers that are not directly in the possession of a suspect.  When marijuana is found in a home, or car, or another container where you are located, the police must show more than your presence in that location.  It is therefore important that you should not make any statements to the police if they speak to you as a suspect.  Ask to speak to a lawyer and call Blanch & Hart.  We know the law and we can protect your rights

Did the Police Violate the Constitution in Finding the Marijuana?

Beyond proving that the Marijuana was in your possession, the police also have to demonstrate that they found it legally. We will investigate whether the police had constitutional authority to stop you, to search you, or to ask you questions.  If the police violated the Constitution in stopping you, questioning you, or searching you, your case may be dismissed. These kinds of violations are common in Marijuana cases, so be sure to ask your lawyer about these issues before trial or entering a plea.

Can the Police Prove that What They Found is Marijuana?

The prosecutor has to prove that the substance found by the police was actually Marijuana. It is not sufficient for the officer merely to say that it looks or smells like Marijuana – that fact must be proven by a chemical analysis in most cases.  If the police try to take shortcuts in your marijuana case, our lawyers will find out.