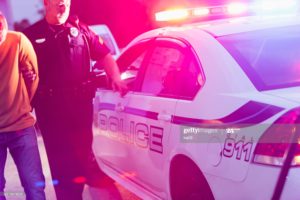 In Virginia, it is against the law to unreasonably refuse to provide a breath or blood sample for alcohol analysis after being arrested for DWI. First offenders who refuse to take the test lose their license for one year. Until now, no restricted license was available for those convicted of refusal. As of July 1, drivers convicted of a first offense of refusal of an alcohol test may petition for a restricted license 30 days after their conviction.  This is a big change.

For the past few decades, a refusal conviction meant a twelve month license suspension and NO restricted license privilege.  If you were convicted of refusal, you could not drive at all for a year.  Those accused of DWI and refusal in Virginia often felt forced to plead guilty to the DWI charge because they could get a restricted license and keep driving to work, or school, or to pick up their kids.   For many people, the risk of losing the ability to drive entirely for one year was too high to take the case to trial.

This change in the law means that more people can take their DWI case to trial instead of giving up just to be sure that they can maintain their responsibilities.  If you are charged with unreasonable refusal in Virginia, contact a lawyer to see how these changes affect your case.