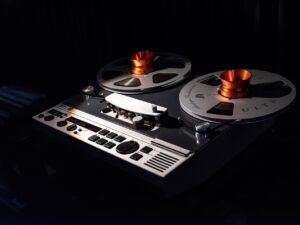 One of the most common problems in the criminal justice system has been the he-said she-said nature of police interrogations that are not recorded.  The police claim that the accused made some kind of damaging admission, and the accused denies ever making that statement.  Another variation is that a accused admits making the statement, but asserts that the police omitted important context that make the statement sound much worse than it actually was.   Countless trials have boiled down to who the jury believes in this situation, and our firm has handled more than a few of them.

In the past, the success of this kind of defense sometimes depended upon whether the community where the case is being tried generally trusts (or does not trust) their police agency.  There is reason to hope that this problem will end, or at least be substantially reduced, in the near future.  Beginning July 1, Virginia has required the police to make an “audiovisual recording” (read: video) of police interrogations, unless the equipment fails, the equipment is unavailable, or the interrogation occurs in the midst of a public safety emergency that prevents the recording.  Given that most everyone (including the police) carry a smart phone, we expect it will be difficult for officers to justify a failure to record.

The bad news is that the failure to record by the police does not prevent them for testifying about the unrecorded statement of a suspect.  The good news is that this law may cause judges to instruct juries to consider whether they should believe a police officer who fails to make a recording without a valid excuse.  In the past, such a jury instruction would have been much harder to get.